The unconscious (personal or collective) is not what should be sought

We cannot find what we need by going deep into the unconscious mind - it is not there. 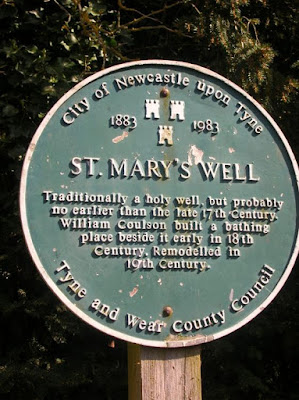 The personal unconscious is one thing - exploration of which was, and still is, assumed to be the major priority by Psychoanalysis and most forms of psychotherapy - but it is not; as is obvious if you observe the consequences (as well as being clear from theoretical considerations) - the analysed, those coming out of therapy, certainly are not what is wanted. 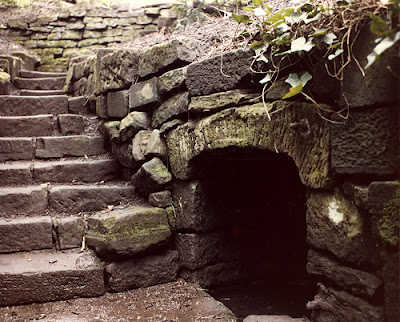 Jung seemed to assert that the collective unconscious was the answer - this is closer but still wrong. The collective unconscious takes us back to early childhood, to hunter-gatherer Man; to dreams, trances and intoxicated states... but that is indeed 'back'. We have been there, and it leads here. If we cannot go forwards, no doubt we will be forced to go back - but that would only be to try again, at going forwards and beyond... 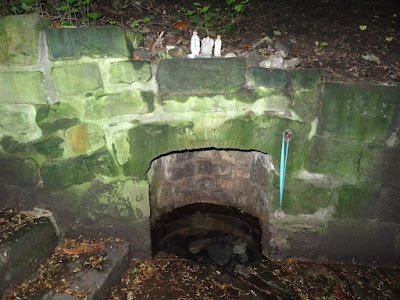 This true self is indeed un-conscious, but not the unconscious - and lies on the far side of the alienated modern mind - not found by retreating back from it.

Albion began as an unconscious immersive environment given to each and every-one. Now we are (mostly) cut-off from Albion by self-consciousness conscious only of itself - and therefore doubting its own reality. Only the external and consensual seem real - but real in a negative, and imposing, fashion - and unreal in being merely consensus.

There is only one 'thing' which will allow us to remain self-conscious and to re-connect with reality; and that is love.

Not an emotion; but Love the primary principle of cohesion in the universe of created reality, uniting all that is united because every-thing is alive, aware and capable of love. Love as personal, not as a kind of physical force-field - but Love acting to accomplish the same as a physical force-field.

God really is Love, not abstractly, but because Love is the unity of God's creation (lacking which there is no unity, but only the isolated self: hell).

Wat we need is out-there, not in here; but the task is to acknowledge what we used to know - out-there and in-here are necessarily and intrinsically connected: from creation and by love. 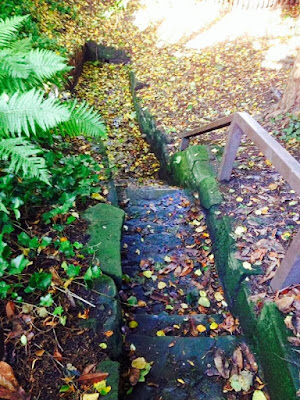 Note: The pictures of are St Mary's Well, about 50 yards from my back garden and down a medieval path without any legal owner. Folk wisdom regards it as sacred and dates it back many hundreds of years, and surely this must be right in some general sense - this being a lineal descendant of an ancient well in the vicinity. It is perhaps where (legend says) Jesus appeared in vision (Jesmond ~ Jesus Mount, or hill) and which led to this being a significant pilgrimage site around the time of Chaucer, Langland and the Gawain poet - a hundred years later it was described in a priest's will as one of the four holiest sites in England (two others were the cathedrals of Canterbury and St Paul's, London). Interestingly, in the past year there have been signs of renewed popular devotion - you can see some of the icons in the third picture, and there is now a 3ft cross hammered into the earth.

I see the three main forms of consciousness as in some way analogous to going within the earth, being on the surface of the earth and rising up to the sky. Underground, as in holy wells, caves, deep places and the like, can be very attractive because it brings back something of our ancient past when we were one with nature and unburdened with the sense of a separate ego. It’s a magical consciousness but it is not the way forward. That is achieved by going through thought rather than falling below it, and then up into the clear sunlight of divine intuitive awareness which can only truly be brought out through love. And proper love, not the well-meaning but sentimental kind that refuses to discriminate. It’s a fire not a warm bath.

So I think this means I agree with your piece here!

If what is implied in the blog post is that a lower or more fundamental property of the universe is essential unity, then I don't have any argument, as what evolves and expresses in the universe is built upon a foundation that extends back to t=0 and whatever happened to instantiate this universe.

Is life built-in to this universe as a fundamental property?

Certainly life exists in this universe, and hence at least philosophically it can be argued that life due to its existence must have a basis that is bound to the instantiated properties of this universe. If this universe is "alive", what are legitimate inferences about that which is instantiating at t=0? We have this problem of whether time exists outside of a universe to contend with or whether time is a pseudo-dimension which permits manifestation of that which is essential and sufficient in itself outside of time. (I use a fractal equation as my model here, as the equation defines the universe of what is expressible when a fractal equation is instantiated and iterated. Iteration is hence analogous to time.) If time is a pseudo-dimension then any unfolding universe is bounded to the qualities of that which instantiated at that universe's t=0. Just as any number of fractal equations can exist so potentially any number of universes can exist - with each unfolding universe bound in terms of what is expressible by the qualities of what is instantiated.

Bruce appears to hold that time is not a pseudo-dimension, but unlike other dimensions time has a single arrow of movement. Whether time is a pseudo-dimension has profound implications for any philosophical or theological frame.

I am not sure if I've mentioned him on one of your blogs in another context or not, but Dom Illtyd Trethowan comes to mind in reading this - whose Mysticism and Theology: An Essay in Christian Metaphysics (1975) I read a couple years ago, with considerable interest (an inadequate way of expressing the experience!).

His Certainty Philosophical And Theological (1948), scanned in the Internet Archive beckons - though so far I've only dipped into it. And I see his Wikipedia article now has a transcription of a mid-1980s essay, "Awareness of God", linked, which looks like it may be a handy acquaintance-making/brushing-up/up-dating step to read.

I agree with the general thrust of this post - especially about love. But as someone who has been engaged with Jung all my adult life I can't help but think you underestimate what he did. In short I think he is much more of your view that you realize. I say this not in the spirit of argument, but as someone who has already gotten a great deal from your writing which I only discovered this morning. So -another name that Jung used for the collective unconscious was 'the objective psyche' - that reality in us all that Auden pointed to when he said "We are lived by powers we pretend to understand." Psyche is also Greek for Soul and I think you will find a strong resemblance between your "Finding your lost soul - a new kind of meditation" and the following passage which is Jung's account of the the night of November 12, 1913 when he sat down at the age of 38 to find his own lost soul and initiated the series of visions he recorded in The Red Book. He began:

“My soul, where are you? Do you hear me? I speak, I call you—are you there? I have returned, I am here again. I have shaken the dust of all the lands from my feet, and I have come to you,....one thing you must know: the one thing I have learned is that one must live this life. This life is the way, the long sought-after way to the unfathomable, which we call divine. There is no other way, all other ways are false paths. I found the right way, it led me to you, to my soul. I return, tempered and purified. How strange my journey was! What words should I use to tell you on what twisted paths a good star has guided me to you? Give me your hand, my almost forgotten soul. How warm the joy at seeing you again, you long disavowed soul. Life has led me back to you. Let us thank the life I have lived for all the happy and all the sad hours, for every joy, for every sadness. My soul, my journey should continue with you. I will wander with you and ascend to my solitude.

I am not saying that Jung does not have limitations, which I think you intuit, but he is rather a way into the rediscovery of spiritual development but not necessarily to fulfil it. Perhaps the most telling critique of Jung in this regard I have heard is in a workshop on St Teresa's Interior Castle with it seven mansions given by the Jungian Roman Catholic Don Bisson where he said that Jung can get you through St Teresa's first five mansions, perhaps the sixth, but can not take you through the final one. Thank you.

I have been reading Jung with some seriousnes, off and on, since 1978 - and clearly most of my opinions and evaluations cannot go into a blog post. I have written a few more things on my main blog

My main problem with Jung is that he offers such a lot that he *seems* to offer what is most needed; but in fact (from my experience) he does *not*; so he is one of those thinkers that people can get 'trapped' by.

@Bruce
Thanks - that clarifies a lot. I'll read the other post. I think that people get trapped in the conceptual side of Jung. However since the publication of the Rd Book we know that the basis of Jung's conceptual system was not conceptual thought, but vision. Wolfgang Giegerich a lifelong German Jungian believes the Red Book should not have been published precisely because for him it is inferior non conceptual thinking - like a child's scrawls. I don't see it that way. I generally give a talk to our local Jung Society every other year and am currently working on the implications for Jungian psychology of the Red Book - or rather some of them. '-) The most useful single work I have found that begins to wrestle with these questions is Lament for the Dead which is a series of conversations between The Red Book's translator Sonu Shamdasaniand the late James Hillman. Again thank you.

Do you happen to know R.C. Zaehner's critique of Jung in Mysticism: Sacred and Profane (1957), and, if so, would you be willing to say something about what you think of it?