What do we know when we look at the night sky? 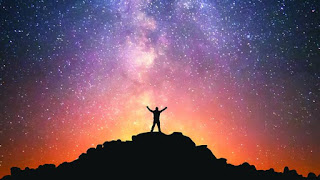 Is that man depicted above a solitary figure in defiance of a vast, dead, meaningless universe?

Or is he rejoicing at a living, conscious cosmos?

It makes a difference.


Of course, the pictures from science are perceived by us as beautiful - 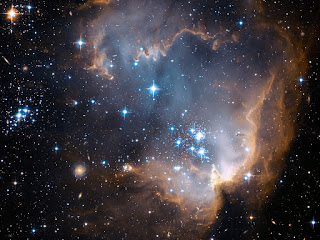 But is that beauty really a delusion? Is it merely a projection of something human onto something that is some mixture of random and determined - just a bunch of atomic processes and chemical reactions; aiming at nothing in particular, meaning nothing to us except insofar as they may affect biology on earth?

Or, is the night sky a vision of life, consciousness, purpose, meaning...? When we look at the night sky, and understand what we see; do we know that it is an image of our relatedness with a universe that is concerned by us and cares about us, as Men and as an individual person? 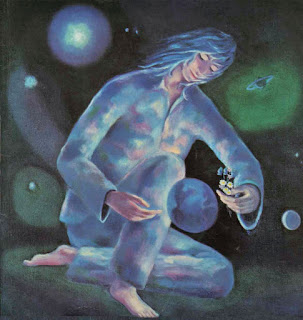 This is a matter of absolutely crucial important to each individual, and to human groups at every level from the family, through clan, tribe, race, nation and totality...

Crucial in the literal sense of forming a crossroads: the road we take, the path we tread, when interpreting the night sky leads on the one hand to absolute existential despair or to indomitable hope. 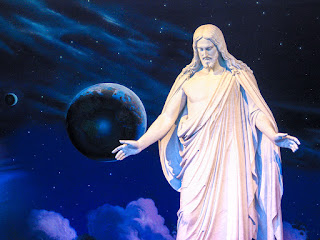 That we must choose: nobody else should be making this decision for us

That this decision is not arbitrary - there is a reality. Either the universe is dead and indifferent, or it is alive and concerned.

That the decision cannot be made by science or by any other partial, closed system - the validity of which depends on metaphysical assumptions.

That the decision cannot be made by religion or by any other partial, closed system - the validity of which depends on metaphysical assumptions.


The validity of the reality of the universe - as symbolised by the night sky - depends on our primary metaphysical assumptions; upon that which comes before all other actual or possible knowledge - and which can therefore come only by a direct, intuitive, knowing.

When we strip everything back to the essence of our real self, and when we are able to bring that real self to a direct apprehension of the totality of everything...

We can, we should, we must decide.

And then abide by that decision - even and especially when we are in a lower, inauthentic, un-real, distracted, deluded state of being; as most of us are for most of the time...

I think that ultimately there are only those two possible choices, but any actual mortal is still going to be hesitating between them. A total awareness of our real relationship to the totality of all that is must escape us in this life, a total rage against the blind justice of a universe that moves on without noticing our choices leads to death well before the final step into the abyssal darkness.

This man, like all of us, has elements of both views contesting within his thoughts. The contest will not be ended till well after this life, if indeed it really does end. It must for some, to either end, but perhaps others will never fully decide.

But it is our decision, one each of us must make on our own, if it is to be made at all.