On the end of all 'things' - but not our-selves 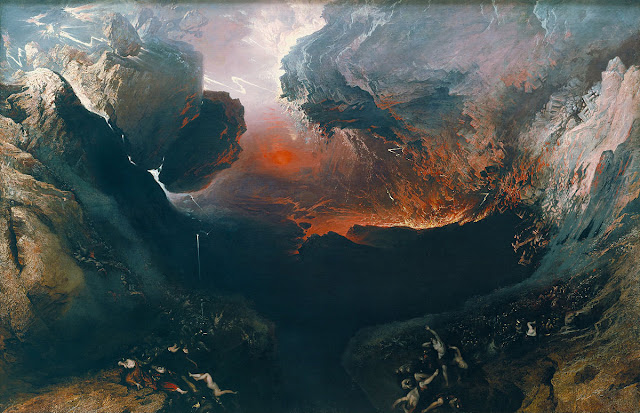 At present I am having something of a CS Lewis binge - and I have noticed that he frequently and in many forms goes back again and again to the same point; which is that all earthly things have a limited lifespan. This is relevant because we - you and I - do not share this finitude.

In the Narnia Chronicles Lewis shows us both the creation, and the end of Narnia; and the point recurs in his essays. Lewis did not allow himself to get too dismayed about the idea of nuclear annihilation because it did not represent any qualitative novelty; we will all die, and everything will end - sooner or later.

It is a strange thing to contemplate the fact that not only will I, personally, witness the end of all my cherished institutions (indeed, I have already seen the all-but end of them over the past forty years), but also I will witness the end of England, of Western Civilisation, of the planet earth - even the death of our sun.

This is simply because I am immortal and they are not - nor are they intended to immortal; they are temporary expedients, created and sustained for purposes; and when these purposes are fulfilled or failed, everything will wind-down and end.

I'm not saying that these things will be gone without trace or permanent effect; that won't happen. That which was good, valuable, beautiful and true about everything will be (in some way) eternal. But the actual structures will go.

Having read these in Lewis, they seem confirmed so often in ordinary everyday life; where it is obvious that not only is our civilisation, our nation, coming to an end - but that so many of our godless, hedonistic, shallow and materialistic Western people actively want it to come to an end: are willing it to end. they relish the thought that everything virtuous, beautiful and a higher truth will be obliterated; and they seem to want to accelerate the process.

Such is life without God in a purposeless and meaningless universe - such is wanted, and such is of course apt and appropriate. Since so many people want this, it is unlikely that those of us who do see meaning and value and a destiny are quite likely to be consumed in the conflagration; or, at least, to witness an end to many beloved things.

And that will certainly be a misfortune, and we certainly ought to keep the flame burning in our hearts. Indeed, that is the most valuable thing we can do; because it is our love which will ensure that whatever is good will be eternal. About this we can be confident, about our inability to make others believe the same we should not be despairing.

We ought not to become frenzied about the probable collapse - because fear and urgency are counter-productive; we understand very little of what is going on and almost nothing of the scope and depth of divine interventions behind the scenes.

What will happen I don't know, and nor does anybody else. I am ever more sure that what we must do is on the positive side; anything - anything at all - we can do to encourage Direct Christianity, to epitomise and sustain a life of love and creativity; is of unboundedly-greater value than anything 'defensive' we might, potentially, be able to achieve by intervention in the mass world of power, economics, politics and generalised socio-political expedience; trying to stop the end of an institution, of Albion, of Western Civilisation, of our planet....

Wonderful post. I certainly need to work on keeping this perspective always in mind.