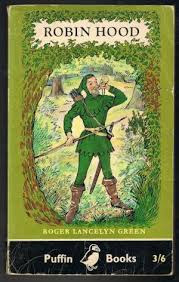 J.C. Ryle, Are You Ready for the End of Time?

One can never be certain. We are dealing, after all, with a 'God of Surprises.' But it seems increasingly unlikely, to my eyes at least, that there will be a mass, instantaneous awakening in (or of) Albion any time soon. Things are too far gone for that. What has been set in motion needs to run its course. We will have to drop down a bit further, it seems - like Dante descending the circles of Hell - before we can start to look upward again.

'Lantern Bearers' is a phrase I have often used to describe our role and vocation in this age of civilisational decline. Now, however, I am beginning to feel that 'seed planters' might be more apposite. We are probably at the outset of a centuries-long endeavour, but what is absolutely crucial - right here and now - is that we make a start on the renewal of our culture, refreshing it at its deepest wellsprings, radically reorientating it towards the Sacred, the fount and source of everything true and good.

Our immediate problem is that the times we live in appear more and more inimical to any notion of  the Sacred or Divine. Secularism is becoming strident and militant. Liberalism is growing increasingly illiberal. Christians are squeezed out of the public square and are finding it harder to work with a clear conscience in fields such medicine, law, government and education. How to respond to this burgeoning intolerance has been a topic of much debate, spurred to a great extent by Rod Dreher's book, The Benedict Option (2016) and his pugilistic column for The American Conservative.

I have been reflecting on these matters during a recent reread of Roger Lancelyn Green's, The Adventures of Robin Hood (1956). As well as some superb storytelling, Green gave me several springboards for thought pertaining to the themes of resistance and renewal and where the two meet and intertwine. Green portrays Robin as an Arthurian figure, bringing succour to Saxons suffering under the Norman yoke as, centuries before, the original Arthur had inspired the Britons to resist their invading ancestors. As Green evocatively puts it:

Then, in that wild and lonely glade, while the owls screeched over the dark forest, and an occasional wolf howled in the distance, they all knelt down together and swore their oath - a pledge as high and as sacred, though they were but outlaws and escaped felons, as that sworn by the noblest knight who, in the days when the Saxons themselves were the conquerors and oppressors, had sat at King Arthur's Table.

'We take for the general good,' Robin declares, 'and it shall be as much our duty to seek out the poor, the needy, the widow, the orphan and all those who have suffered and are suffering wrong, and  minister to their wants as far as we can.' This going out to the poor and needy is, I feel, of central importance to our predicament today. Robin's merry men have bigger fish to fry than mere self-preservation. They are engaged on a societal mission. Their rapport with people outside their group earns them kudos and affection and saves them from the hot-house insularity which often bedevils focused, intentional communities and can lead, at best, to a climate of gossip and backbiting and, at worst, physical and spiritual abuse.

Robin Hood is an intensely charismatic figure. So are his closest followers - Maid Marian, Friar Tuck, Little John and Will Scarlett. They radiate goodness and nobility. People see and feel those qualities in them, and their hearts are lifted. Can we say that truly about ourselves? Does the Gospel show itself in our body language and demeanour? Do our faces shine with love of God and love of Albion? If not, why not? Are we spending too much time mulling over culture wars and not enough time in prayer and contemplation? I think often of Karol Wojtyla in this respect who, as Archbishop of Kraków between 1964 and 1978, began each day with an hour and a half's silent adoration before the Blessed Sacrament. From a worldly, administrative point of view, this is time which would have been better spent breakfasting with colleagues, arranging meetings or answering correspondence. But Wojtyla, like Mary of Bethany in John's Gospel, chose the 'better part', simply spending time with Christ. I am convinced that this practice gave him that palpable aura of holiness that helped him to play such a decisive role on the world stage when he became Pope John Paul II in 1978.

We also have to take into account the nature of our particular era. What might have been an appropriate response to spiritual and cultural crisis in former times might not be so today. We don't live in first century Palestine, for instance, where religious questions were of paramount importance across all strata of society. Nor are we trying to convert fifth century European pagans either, who were already, in their own way, open and responsive to the Sacred. Our post-Enlightenment epoch is entirely different - desacralised, deracinated and disenchanted. The supernatural has been safely walled off and the numinous banished to the demi-monde of fancy and subjective imagination. We need to see ourselves, therefore, not so much as 'Preachers of the Word' but 'Evokers of the Sacred.' Without this basic receptivity to the Sacred, the Word will fall on barren soil.

This is important because twenty-first century Westerners still experience encounters with the Holy; as much, if not more so, than in the past. But the post-modern world has divested itself of the religious terminology which sets them in their proper frame. My experience, talking over these things with friends, tells me that they often take place in childhood. As the years pass the visitation fades from the conscious mind but remains embedded in the heart, waiting for the right moment and the right person, perhaps, to reinvoke it and call it back to life.

That person could be your or I. With this in mind, we should posit a Christ who holds the keys to a wider, richer realm of possibility than that offered by the currently dominant paradigm. Materialism does not satisfy the deepest longings of the human soul. Those trapped in its limiting vision, whether materially well-off or not, are truly the 'poor and needy' of our day, robbed of their spiritual heritage and the deepest knowledge of their hearts, just as the English of Robin Hood's day were defrauded of their ancestral homes and lands by the Norman aristocracy.

So, what would a 'Robin Hood Option' church actually look like? Something like this, I feel - Michael De-la-Noy's account in his book, Church of  England (1993), of an evening visit to St. Patrick's Anglican Church in Hove in the late 1980s, at a time when the local bishop had recently invited a nearby monastic community to help reinvigorate the Liturgy:

I wandered into church at 6.45. An assortment of tramps, alcoholics and the mentally ill were all jumbled up with parishioners in pews arranged around a free-standing altar in the nave, and vespers was underway, the plainchant being led by a young estate agent. Father Sharpe, in alb, sat in the centre ...

No account of the liturgy could by itself convey the unselfconscious devotion of the service. For the consecration everyone gathered in a strange intimacy around the altar, within feet of the celebrant. A home baked roll was consecrated; the patten and chalice were modern earthenware. Yet there was nothing folksy about the occasion. At the peace everyone moved round to kiss or shake hands. Everyone, including many of the down and outs, received Communion.

It was a gentle, moving experience, which seemed by the nature of those present - unwashed, wearing mittens, unpatronised and essentially unimpressed and at home - to offer a glimpse of what worship may have been like in the Middle Ages, a rediscovery of a marriage of reverence, impressive ritual and sensitive simplicity.

Please find below, at the end of this post, a photo of the church at that time. As ever with Google Images, it leaves something to be desired in terms of clarity, but you can tell by the lay-out and the ambience what it portrays - nothing less than holy ground - a place of encounter, meaning, depth and possibility - a fount of living water, from where right thought and action flow into our lives and the lives of those around us, re-baptising and renewing the world without any strain or anxiety on our part.

St. Patrick's, in those days, was a clearing - a free and open point of intersection between the human and the Divine. In an epoch like our own where there is no set guidance for restorative actions, the first restorative task is to start fashioning such spaces. This is what Robin Hood did with his 'wild and lonely' glade and what people found in Mother Julian's cell in Norwich at the other end of the Middle Ages. Let us leave the last word to that fine representative of the English contemplative tradition. May it act as a reminder that our spiritual foe has nothing to offer men and women, and that with our encouragement, faith and discernment they may find this out sooner rather than later and turn once again to that great Sun that lit up their faces when they were new to this world:

This is the cause why we are not at rest in heart and soul: that here we seek rest in things that are so little there is no rest in them, and we do not know our God who is all mighty, all wise and all good. For he is true rest ... There is no end to our willing and longing until we know God in the fullness of joy. 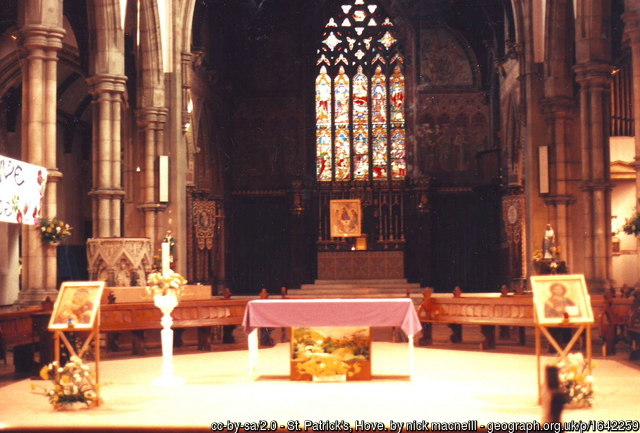 Posted by John Fitzgerald at 14:08

An inspiring post, John, which gives one lots to think about. I too feel that any awakening in Albion, for the foreseeable future at least, will be very limited, restricted to a few individuals here and there. The corruption is too deep seated and too far gone. Maybe all we can do is tend the flame as best we can and ensure it doesn't go out completely. But then scripture implies that towards the end real believers will be few and far between and even they wouldn't hold out unless God cut things short.

Cheers from the USA!