The imaginative archaeology of Francis Pryor 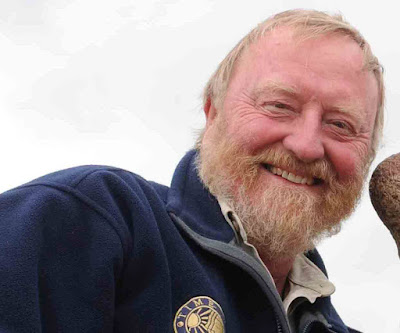 I came across Francis Pryor - the archaeologist of 'prehistory' (stone, bronze and iron age Britain) via the wonderful TV series Time Team - and have since watched his Britain BC TV series, and read in the book of similar name, and (currently) another called 'Home' which is about prehistorical family life.

Although (as befits an Emeritus Cambridge Professor) he describes himself as an agnostic-atheist, and he is not (yet?) 'red pilled'; Pryor has a genuinely dissenting nature, and the deepest spiritual discernment of any modern archaeologist that I have encountered.

Pryor seems empathically to understand the spiritual consciousness of our remote ancestors; and is able to paint vivid word pictures of their lives.

In particular - and this is derived from the mass of direct achaeological evidence, as well as from contextual knowledge of biology, geography and anthropology - Pryor appreciates that our ancestors led primarily spiritual lives: the 'unseen' world loomed-larger for them than the mundane.

He is a prolific of material aimed-at the interested layman - and I would recommend his work to the Albion Awakening readership. 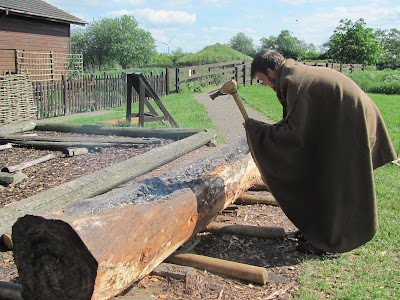 A rare and remarkable photograph of a Bronze Age craftsman making a log canoe at Flag Fen - Francis Pryor's famous East Anglian excavations. Coincidental background details suggest a much higher level of technological sophistication during this era than is generally recognised.

Excellent analysis. Your description of the evolution of human thinking is in line with the teachings of Rudolf Steiner on the different qualities of the human soul: the sentient soul which evolved in Ancient Egypt, the intellectual soul which evolved during the Greco-Roman period and now the consciousness soul in this, the current Anglo-Saxon era. Steiner talks of the fall into materialism as a consequence of this evolution of the soul which, though necessary, has obscured direct experience of the spiritual world.