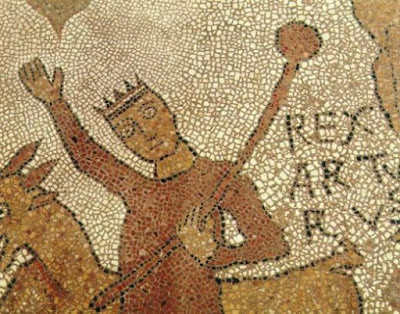 'Modern research has not accepted the annihilation of Arthur. Timidly but resolutely the latest and best-informed writers unite to proclaim his reality. They cannot tell when in this dark period he lived, or where he held sway and fought his battles. They are ready to believe however that there was a great British warrior, who kept the light of civilisation burning against all the storms that beat, and that behind his sword there sheltered a faithful following of which the memory did not fail ... Nonetheless, to have established a basis in fact for the story of Arthur is a service which should be respected. In this account we prefer to believe that the story with which Geoffrey of Monmouth delighted the fiction-loving Europe of the twelfth century is not all fancy. It is all true or it ought to be; and more and better besides. And wherever men are fighting against barbarism, tyranny, and massacre, for freedom, law, and honour, let them remember that the fame of their deeds, even though they themselves be exterminated, may perhaps be celebrated as long as the world rolls round. Let us then declare that King Arthur and his noble knights, guarding the Sacred Flame of Christianity and the theme of a world order, sustained by valour, physical strength, and good horses and armour, slaughtered innumerable hosts of foul barbarians and set decent folk an example for all time.'

Sir Winston Churchill, A History of the English Speaking Peoples: The Birth of Britain (1956)

'Here is a spellbinding, indestructible theme, national, yet transcending nationality. For better or worse it has affected the country where it began. It has survived eclipses and demolitions, and Britain cannot be thought of without it. Yet no conceivable movement or government could trap it in a programme. That is a comment on the limitations of movements and governments. The undying king is a strangely powerful reminder that there is Something Else. By nurturing that awareness, and a questing spirit, his fame may have its effect on human thinking. It may influence history again, outside movements and governments and not only in Britain.' 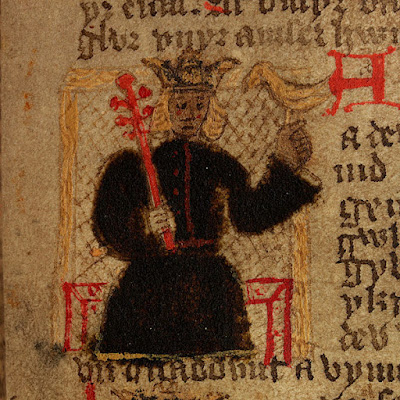 Posted by John Fitzgerald at 13:34

This made me wonder - If Arthur was to appear now, how would it seem? For a start - he would stand out; perhaps more clearly than at any previous stage in history - because he would be surrounded by mediocre evil-serving pygmies.

(There are almost no men or women of *stature* in public life and senior leadership - in fact as a close approximation there are none at all.)

But would The People recognise Arthur as their champion? Not if they came across him only via the mass media... he would need to work outside of the mainstream. But then, yes - potentially he could make his mark and become known: word of mouth is a exponential process that can spread (good) news with astoishing rapidity.

I agree, Bruce. He will almost certainly emerge from the periphery rather than the centre. A bit like Ransom in That Hideous Strength, for example, or Alfred the Great hiding and regathering his forces in the marshes of Athelney. I think it would take a significant change of consciousness amongst the British people for Arthur to be recognised. It often seems like only a war or an economic crash could spark such a transformation, but one has to go on hoping that these won't be required. Once people do recognise him they'll be bound to say something along the lines of, 'he was always here but we didn't see him for who he was!'