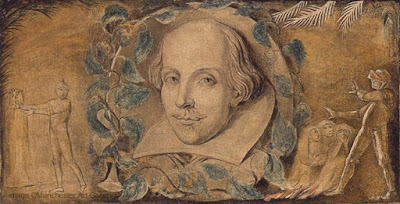 The nations and races, and certain historical individuals born into them, have their special relation to each stage in the evolution of consciousness. Thus Rudolf Steiner often said that the English nation is the nation of the Consciousness Soul.

England is the island nation; it is England whose greatest writer creates a marvellous gallery of individual 'characters' - every conceivable type of man except the mystic; it is England out of which the scientific spirit arises; it is England who, alike in sport and economics, sees the world as an aggregate of free competing units; and it is the English speaking peoples who, for good or ill, are taking the lead in the present age; which is the age of the Consciousness Soul.

To say this about the English nation is not to suggest that it is ultimately more important in the scheme of things than any other nation; it is to suggest that in the present age it bears a specially heavy responsibility.

What signs are there that England may live up to her responsibility and perform her mission? She can only do this by a right development of her consciousness; for out of consciousness all free actions spring.

If there are any signs at all that England may live up to her responsibility and perform her mission  [written before 1944], these are at present to be found not in the centre but at the periphery; not in the public man but in a few private men; and not so much in the town as in the country.

Perhaps the growing popularity of Blake's 'Jerusalem' heralds a dim awakening of purpose? The problem of the right action of England must be connected with the right development of the Consciousness Soul; and Blake seems, in a remarkable way, to have felt himself the spokesman of this development.

Blake is really complementary to Shakespeare; because if Shakespeare represented every kind of man except the mystic, Blake could apparently conceive of no other!

To Blake, logic is something that has to be, not ignored, but conquered: overcome. Imagination and the redeemer are almost synonymous; and Albion is a symbol for universal Man.

What does it mean to 'build Jerusalem in England's green and pleasant land'? What can it mean except to rise from the Consciousness Soul to the Imaginative Soul?

The 'Satanic Mills' which have arisen in England since Blake's time, will never be thrust down from their hideous tyranny until those Mills of which he actually sang (that is, the dead thinking of Newton, Locke and Hobbes) have been burst asunder from within.


Edited from pages 63-66 of Owen Barfield's essay 'Speech, Reason and Imagination' from Romanticism Comes of Age, 1944. My notes are in square brackets. 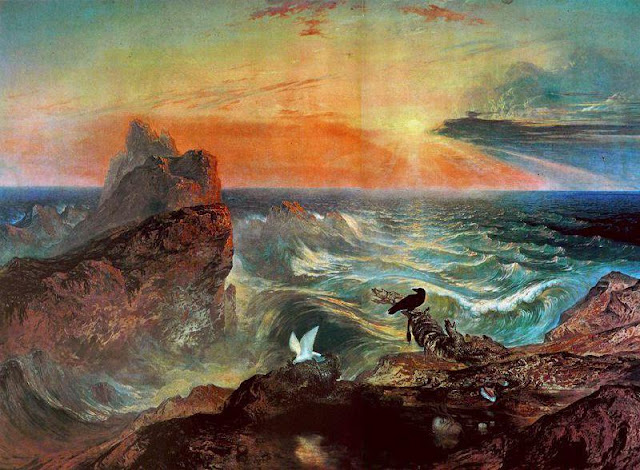 The assuaging of the waters - by John Martin
Posted by Bruce Charlton at 00:21

Superb Bruce. Barfield's thoughts expressed here have been my dawning sense for a while.

Barfield is a rich seam of such reflections - and he was thinking about such matters right up to his death age 99 in 1997. I find anthroposophy (the philosophy, not the institutions) is extremely valuable for getting a handle on National destinies; especially the kind of things we most need to be doing.

Excellent post - stimulating as always. However, I don't think Barfield is entirely fair to Shakespeare: he is much more than his characters, wonderful as they are. And much more than his plays. Take this sonnet - number 53 - my favourite:

What is your substance, whereof are you made,
That millions of strange shadows on you tend?
Since every one hath, every one, one shade,
And you but one, can every shadow lend.
Describe Adonis, and the counterfeit
Is poorly imitated after you;
On Helen's cheek all art of beauty set,
And you in Grecian tires are painted new:
Speak of the spring, and foison of the year,
The one doth shadow of your beauty show,
The other as your bounty doth appear;
And you in every blessed shape we know.
In all external grace you have some part,
But you like none, none you, for constant heart.