We must go it alone - no institution will serve... 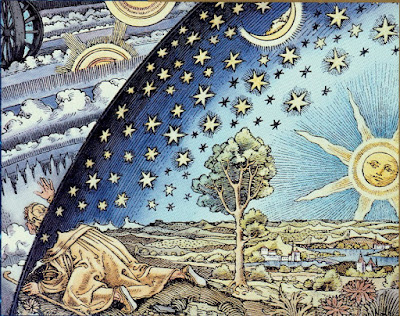 This is, indeed, the impossibility I confront: that modernity (secular Leftism) is the tool of evil, and orientated ultimately to destruction of The Good; yet traditional religion has become an impossibility at the mass social level, partly for reason of wrong choices (such as the sexual revolution); but not entirely so.

It is consistent with observation (but of course not evidentially-proven; that being impossible) that the grounds for mass religiousness in The West have simply, inexorably, dissolved-away over the past couple of centuries and the Christian churches are now either fundamentally-corrupt or else intrinsically-elite --- that is my interpretation.

That around 1800, in the industrialising nations, a new impulse came upon Men that we usually term Romanticism; which was (at its heart, and at its best) against both the unspirituality of traditional Christianity and also against the arising materialism and Leftism. Romanticism was supposed to be the spiritualisation of all life in context of Christianity; but unfortunately it split into (approximately) anti-spiritual Christianity as a form of social organisation on the one hand; versus an unChristian spirituality that ran in-parallel-to (unintegrated with) materialism in the political sphere and the gratification of non-spiritual emotions (the desire for prosperity, novelty, sex etc).

Romanticism is unfinished business. It was supposed (and by supposed I mean divinely-destined) to be the future of humanity; but that path of spiritual, 'magical' Christianity was refused.

Since then, Life has become compartmentalised; the great mass of people (rulers and ruled alike) have become ever more alienated, unrealistic, incoherent; distracting emotional escapism and pragmatic matter-of-fact despair have become the twin mainstream cultural expressions.

The only possible future is to finish the business of Romanticism. And, at this point n history, there is no group or institution doing this in The West; so if we want to do it - if we regard this as our divine destiny, then we must each do it solo.

And we cannot follow a path, because no path is laid down; we need to find our own path. We know where we want to be: that is living the Christian life in clear, coherent and continuous awareness of both the spiritual context of creation and creator; and within this the living, conscious nature of ourselves and the world around us: in a phrase animistic Christianity...

We may take clues from the insightful early romantics: Blake, Wordsworth and Coleridge; Goethe and his interpreter Rudolf Steiner - and Coleridge and Steiner's interpreter Owen Barfield... but they do not yield a blueprint or program.

It seems that part of the divine plan is that we each develop spiritual autonomy and Christianity both; that we do this for ourselves and from ourselves - and do so without any clear knowledge or assurances or examples of where we are going or how we might get there.

Instead of clear knowledge we have hints and lustres, and an awareness of our inner freedom or agency yielding direct conviction - which is not solid and insistent in the same way that social institutions are, due to their material power and simplistic inertia. To withstand these pressures, and do do so without fear and with faith, requires a very solid and strong trust in God and his love; and our capacity to know God's nature and motivations - and that can originate only from personal experience.

I think this is exactly right, Bruce. Conventional Christianity as it is now is just not enough though I suppose it could be for a few dedicated souls who can shake off all the dust and dirt that has settled on it and go to its mystical heart. But that's becoming harder and harder. Turning to the East, which is what many people do who are searching for a more spiritual religion, is not right either. Those religions are even older than Christianity, for a different mindset, with an alien mythology and usually, in the form adopted, non-theistic which is insufficient for a mature spirituality.

You have to hand it to the 'dark powers'. They play for both sides, left and right, material and spiritual, and have corrupted pretty much everything. But this does have one good consequence which is that we are forced inwards and required to depend on our own intuitive perception which means we can develop that if we have the confidence and humility and don't succumb to despair at the state of the outer world. We are being forced to grow up spiritually speaking, I think.

There is always one thing we can turn do though and that is the figure of Christ himself which is a sure protection against evil and a sure guide to truth. But we have to make sure that this is the true figure, known in the heart, and not an image of him constructed by the head.

My sense is that - one of the problems of 200 years of wrong decisions, and failure to address the core problems - is that it seems institutions cannot change except in the direction of secular Leftism. So institutions either become assimilated to the mega-bureaucracy; of have to freeze themselves against change (which means that they don't improve, and remain small, and often get killed-off).

It seems that institutions are on the way out, one way or another; either being absorbed into the secular system, or losing institutional vitality (at least in the West: the few growing Christian churches are growing only from non-Western populations - or by sideways-transfer of real Christians from the liberalising Wester churches, which essentially does not address the problem).

If this is correct, then we in The West are seeing the end of institutions-as-such, including churches (at least of churches in the form we have known them for the past 2000 years). One way or another institutions will end and be replaced by one-evil-system-of-bureaucracy.

This will means that every single individual person will sooner-or-later be confronted by a stark choice between being a Christian, but essentially outwith a church (not able to accept church authority as supreme above their own discernment, and therefore having a spiritual Christian faith based on direct - non-institutional - knowledge and revelation)...

Or else to join the evil system, the alliance against Christ.

By this time, the decision will be quite clear; and people will know exactly what they are doing - either they will accept the offer of salvation, knowing that it is true and what it entails; or else they will reject it.

Ths situation could, in principle, be improved or averted by making the right decision before confronted with the stark choice; but lacking that this situation will arise after the system of monitoring, propaganda, thought-control has further corrupted a lot more people into an ideology of inverted-Good (which seems to be what it necessary to induce people to reject Christ's salvation).

At any rate, I believe Steiner (in his 1918 prophecy contained in the 'Work of the Angel/s in the Astral body' lecture) was correct that direct knowledge of the 'spiritual world' is *now* our single greatest (and indispensable) necessity (within the Christian context).

I have modified my meditational practice with this in mind, as I hope to explain soon.

A clarification: We can, and to some extent must, continue to participate in institutions even including net-evil institutions - because nearly all of social discourse and activity are bound together in a single bureaucratic system; and these may well include churches.

My point is that institutions cannot now be holders of our conscience; as was so often the case in past eras.

(What follows are my metaphysical assumptions:)

The unit of true discernment is the individual, not the institution. But this is not subjectivism or relativism; because there is a single objective and universal realm of reality that all honest and well-motivated individuals can (to some extent, but not wholly or perfectly) access in their thinking.

Corrupt modern institutions do not and indeed *cannot* access universal reality, because they are dishonest and wrongly-motivated; they are indeed Not Even Trying to discover true reality but instead working to generate a fake reality (in context of a spiritual warfare with the ultimate goal of inducing the chosen self-damnation of Men).