Nationalism must be Romantic to be effective 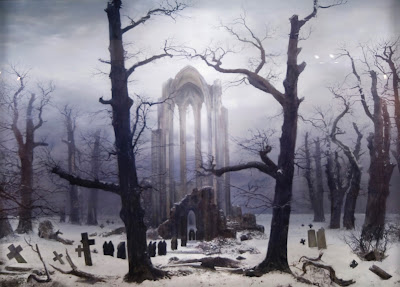 The age of Nationalism was a brief interlude, of a couple of generations, after the decline of Christian faith began during the ruling classes, during the 19th century. All the effective Nationalist movements were substantially Romantic - that is, their appeal was to a mystical ideal of Nation, and to spiritual goals such as Glory - rather than to (for example) economic self-interest or any other materialism.

Which is one why Nationalism is a dead duck in the West, now - because the mass of people are absolutely incapable of that kind of yearning Romanticism based on the nation.

And one reason they are incapable is that all the major social institutions in all the Western nations have been infiltrated, conquered and subverted by materialistic Leftist bureaucracy and a hedonistic mass media. Instead of Romanticism we have sex and statistics. And that is what people 'believe in' - insomuch as they believe-in anything...

The spiritual revolution will come from that about-which we are really-Romantic - spontaneously, from the heart, strongly such that it occupies our daydreams and lends us courage.

The scope of the revolution will be determined by the number of people thus aligned.

The effect of the spiritual revolution is utterly unpredictable - because when our metaphysics has changed and our aspirations are transformed - everything will look different.

We will then, but not until then, know what we ought to do, and will be energised and inspired to do it.

In the mean time we should nourish our hearts, strengthen our thinking, and attend to what is Romantic to us.
Posted by Bruce Charlton at 13:53