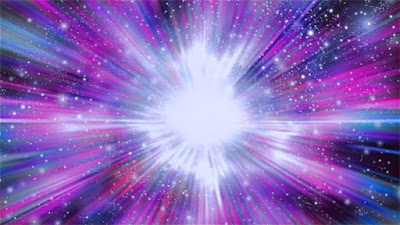 The usual attitude in English society, as in The West generally, is that the ultimate explanation for everything is a matter of science - of physics, chemistry and biology. It is obvious to everybody that everything began with some kind of big bang as described by physics; with the formation of the stars, solar system, and earth; then chemistry kicked-in until biology emerged; and biology led to plants, animals, intelligence, consciousness then eventually Man - who then developed with the emergence of society, into each of us here and now...

On that basis, there isn't any purpose or meaning to life; and our strivings and relationships are consequences of undirected chance plus past evolutionary pressures. There isn't anything to be said about why we are here, or what we 'ought' to do. Things just are as they are; and n conclusions can be drawn about anything.

Hence the pervasive nihilism of modernity, and the consequent undercurrent of despair. Our dissatisfaction with the pointless futility of everything can be explained, but never gratified.

But, we need to be clear that the above scenario is not a discovery but an assumption. The physics, chemistry, biology explanation did not come from science; instead modern science came from that explanation. Modern science operates within the metaphysical assumption that only modern science is real - nothing else exists.

For example, there is no point in trying to claim that random chance plus Natural Selection is insufficient to explain the full range of observed phenomena; because these are the only permissible explanations within modern biology. Anything not currently understood on the basis of randomness and selection is merely something for which the evidence is not yet available.

It is this Big Secret which is denied and defended by the vast apparatus of distractions and lies which form modern society and culture. The Big Secret is that there is nothing and no reason and no point to anything...

But why then is the secret kept secret - why not just be explicit about it; why not let people know the meaning of their metaphysics? Why not just let them utterly and upfront despair, and give-up, and die?

Because the beings who ultimately control the modern world know for sure that the reality is utterly different from the assumptions of 'science'. They know this because these ruling beings are demons who have lived in Heaven and who have rejected God and Creation and are engaged in engineering the destruction of creation and self-damnation of Men. And for this purpose, the creed of denied-nihilism has proved itself to be very valuable.

The most important first step in the modern world is to reveal modern metaphysical assumptions as being assumptions.

This is why the modern predicament has proved so difficult to solve. The problem is buried at the foundation, but the conventional wisdom is that there are no foundations.

If metaphysical assumptions were acknowledged as real and inevitable, then we would have a good chance of changing them. But since they are regarded as imaginary - then we seem to be stuck with modern metaphysics.

And modern metaphysics is killing us - but, more importantly, damning us. 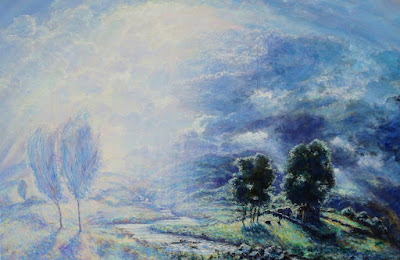