Is Albion a woman? 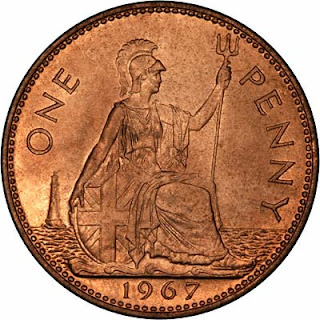 Nations are personified, and real personifications are either male or female. So, is Albion a woman?

If Albion is real, rather than a mere 'poetic conceit' or reification; then this question needs to be treated as a question about reality. The personage Albion is either a man or a woman.

(I am assuming here, what many will not assume, that real personages must be male or female in their ultimate reality: i.e. that there is no-such thing as a person who is neither a man, nor woman, nor both at once, nor both in sequence. I assume that sexuality is binary and eternal and goes-all-the-way-down to the most basic level of ultimate reality. I assume this: therefore I do not intend to argue it!)

If Albion is a real person - presumably an angelic being, then is Albion a man or a woman?

Both traditions exist - indeed, both exist even in William Blake; although Blake mostly describes and depicts Albion as a titanic, muscular man.

However, I believe that Albion is a woman.

Evidence? Well such things can only be known directly (and mistakes can be made!) - however, there are quite a few women in British legend who have (arguably) served as more-or-less convincing representatives of Albion.

Effective women leaders are even-rarer than effective men leaders - and given that fact it is striking that some of the best (or, at least, most effective) national leaders have been women (although not The Very Best: Alfred the Great).

Examples might include Boadicea (currently usually called Boudicca), Queen Matilda (crowned in Bristol, but not in London - she links the Anglo Saxon Kings with the Norman monarchs - from Henry II), Queen Victoria and Margaret Thatcher (yes, I know...); also the legendary symbol of Britannia (who 'rules the waves' - or did for a while!) - depicted on coins.

But the best examplars are first and foremost Queen Elizabeth I and Queen Anne (aka. Good Queen Anne and 'Anna Gloria') - among the few English monarchs that (like Victoria; and indeed Margaret Thatcher) gave their names to an era.

In sum, if we do intuit that Albion is a woman, then there is a decent body of 'evidence' consistent-with that assumption.

So Albion may be one of those nations spiritually-ruled and represented by a woman (another example is Mother Russia). This would suggest that we would need to revise contradictory national symbols such as 'John Bull' or male lions...

Does it make a difference whether we regard Albion as a man or woman? Yes, of course! And - if we get this right - then her symbols ought to have more power and validity.

So Uncle Sam would be her... rebellious nephew?

Maybe, if we go from the sublime to the ridiculous...

In any nation, it seems more appropriate to symbolize the land itself as female, but the authority of government (whether of divine or human origin) as masculine. I read the idea of Albion as being a reference to the land itself, conservation of which would naturally be predominated by feminine beings.

The idea of "Uncle Sam" is clearly and unambiguously a reference to the authority of government, particularly the federal government. It has a distinctly uneasy relationship with the spirits of the land in America, which are to a large degree still imagined in terms of the pre-Columbian populace where it is personalized at all.