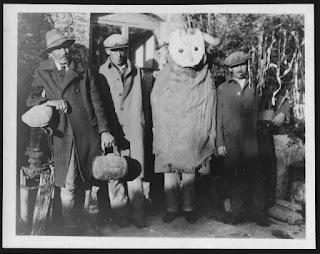 Wassail means Good Health! - and Wassailers went around before Christmas singing at the doors of Old England - their presence being regarded as good luck (and the singers collected money for themselves, of course - ensuring that the tradition was sustained!).

Here are The Watersons with a Wassail song - the first track on an album of folk songs that were used to mark annual festivals:


For those who don't recognise it, The Watersons were three siblings and a cousin from Hull, so the broad dialect in which they sing is that of Yorkshire.

There are a couple of other Christmas songs on this classic album - do not miss The Holly Bears a Berry at approx 10:40.

Thank you. This made my evening.